Awaiting my pilgrimage back to the Best Coast in the high-tech terminal of JFK, I have approximately 51 minutes to recap my whirlwind summer in New York. I would say that the time flew by like a hot second, but that would be a lie as gargantuan as the pb&j doughnut I chowed down on this morning. 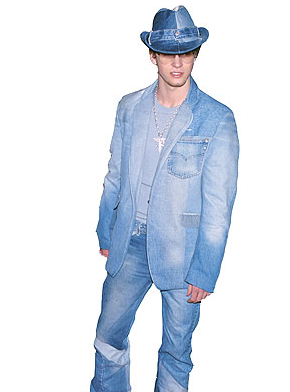 1. I love:
Currently, that there is a Dylan’s Candy Bar in this airport…in this terminal. I swear that Lane Bryant had a running conspiracy to wrangle me as a patron before I peaced out of the state. Somehow I managed to escape the city of all foods fat in my California-sized cut offs.

…That I just spent $6 on a bag of candy the size of Lil Kim’s nose. The chocolate shell coating my mini Oreos better be concealing a layer of 24k gold, or Dylan has something else coming to her.

2. I love:
Public transportation! Errywhere! It’s unsurprising that a progressive state like New York had a premonition that gas-guzzling vehicles would soon overrun the streets in hopes of destroying the planet. While the subway is the popular transportation of choice, I still have faith in the carriages towed around by Stone Henge-dated horses.

2. I hate:
Navigating said public transportation. The schedule of the subway habitually changes like a fugly 90’s mood ring, leaving me lost, confused, and a lottle (a typo that we’re going to roll with, because “little” would be an epic understatement) moody myself. Physically navigating around public transportation, aka taxis, aka murder chariots, could constitute its own category of hate. Crossing the street regularly left me feeling like an active participant of the Hunger Games.

3. I love:
The idea of Times Square. I love the retail stores on steroids, complete with floors dedicated to each department, and employees as spiteful of their jobs as I am of the crowds that mob discussed retail joints…although I’ll reserve further discussion of this matter for the following segment.

3. I hate:
…Times Square. Although I may be prejudiced, seeing as my first experience in the Square as a New Yorker involved riding bitch seat in a $3/minute pedicab through a tempest Eastern storm. The Xanax-worthy ride was only exacerbated by the obnoxiously fluorescent lights which illuminated the whole scene as a horrifying, neon death trap. I arrived at my destination only after my questionably sober peddler plowed his big rig bike into two pissed off pedestrians and one yellow taxi. If that isn’t a serious survival story, I don’t know what is.

4. I hate:
Said food is EVERYWHERE. It creeps in places it shouldn’t be. The drugstore. The magazine stand. The street (but also covering the streets…yum). While 24 hour pizza establishments may sound like a fabulous idea, the odor of pizza amalgamated with cheap plastic alcohol polluting the morning air at 8am never tempted my taste buds, and was in fact enough to deter me from enjoying the possible bliss of face-sized pizza slices during my stay.

5. I hate:
Getting lost. I would estimate that 70% of my weekend time was spent trying to avoid looking like a lost tourist while trying to discreetly navigate to my destination of choice….however 90% of that 70% I probably failed in my covert operation. The struggle was real, as was judgment from my friends and family who found my nearly daily toil to be their daily amusement.

5. I love:
Making the most of my “lost time”. I made some of my favorite memories in the Big Apple in the midst of scavenging to find the right subway entry after any given long, aimless afternoon. I stumbled upon a beautiful garden enclave near Greenwich Village after a seriously unsuccessful endeavor to the Met, scoped out Brooklyn’s Borough Hall after catching the wrong line back to my Brooklyn Heights abode, and even meandered the streets of Jamaica at 3am after a long night Downtown (admittedly, this was not my proudest or wisest decision, and the NYPD seemed to agree).

While personally, I would have no qualms continuing this list all the way up to number ten, WordPress’ favorite past time is to cramp my style and my word count limit. Since my return to the Golden State, everyone’s favorite question is (unsurprisingly), “How was NY!?”, generally followed by every post-grad’s favorite question, “So what’s the plan now!?”, or if they’re feeling particularly eager to destroy some hopes and dreams, “Moved back in with your parents?”…aka the bane of my existence. Still unsure of how to address the latter two, I have finally decided how to succinctly summarize my feelings regarding all things New York.

Living in New York for the summer was slightly terrifying, at times a little lonely, constantly exhausting, but always an adventure and one of the best experiences of my life thus far. For fear of this post becoming a cliche account of the self-discovery of an angsty college graduate, I’ll conclude this lengthy post by thanking everyone for the encouragement of my blog and writing this summer, it’s something I really enjoy and hope to continue after my Empire state time.

One thought on “10 Things I (Love/) Hate About You: My New York Minute”