(More than) eight cool things have happened since self-proclaimed n00bhood a year ago! *Weow*

1 year as a resident of Saaan Francisco! Happy anniversary to me and Karl the Fog (who tweets, “If NYC is ‘the city that never sleeps’ then SF is ‘the city that goes to happy hour, gets a burrito to go, and passes out by 11pm’…this tall drink of condensed water droplets is officially my one twoo love).

2 big girl jobs. Because I’m an adult (perhaps more like this variety of adult,

but call me what you will); and because working in fashion wasn’t quite San Francisco enough for this Bay chick, I couldn’t even wait for the one year mark to dutifully tack “tech” onto my sartorial title like a proper Yuccie.

3 neighbors o’ Frisco toured. In the past few months of my first year as a bae of the Bay, I’ve been impressed by the likes of Wine Country, Half Moon Bay, and sleepy Sausalito for the bit of quiet *neature* that the bustling city isn’t able to dish out. 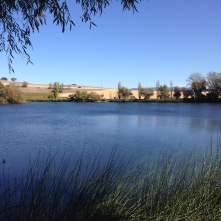 4 infant-sized burritos tackled at my very best favorite taqueria, Cancun. Patting my own back big time for not making this one no. 10 on the list…yet.

5 life-altering ice cream shops discovered. At this rate my body’s composition is roughly 80% ice cream, and if I ever develop a lactose intolerance I may as well put an end to it all. The broad flava selection (PB Fudge Brownie and Caramelized Honey I’m talkin’ to you) and equally deliciously crumbly waffle cones send The Ice Cream Bar to the top of my list, but honorable silver and bronze shoutouts go to BiRite Creamery and the The Velvet Scoop.

6 single dolla bills tops to catch a Lyft line to just about anywhere– if you’re willing to brave the unsavory likes of a bawdgy bday gal who’s just missed her late night BART to East Bay and attempted to hijack your ride out to Oaktown, a d00d who can burp his full name (impressive, I will admit), or the dreadful three-passenger pick up on a rushed weekday morning.

7 stamps on my Hot Cookie card. Although the choco-coated macaroon is the big phallic deal at this diabetes-inducing dessert shop, the real winner is the gooey toffee chocolate chip (jokes and also jokes aside, I would gladly take this one to the face). 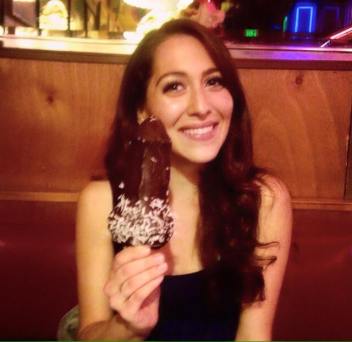 Sorry, Mom and Dad, along with any future professional prospects.

8 pieces of seasonal outerwear in my closet. *Surprise*, Karl the Fog has a friend named Frank the Freezing Fucking Cold, a real inconsiderate character who has necessitated a total overhaul of my SoCali wardrobe. While my legs have nearly achieved total translucence, I have come to warmly embrace a porcelain complexion that rivals that of Elsa of Arendelle.