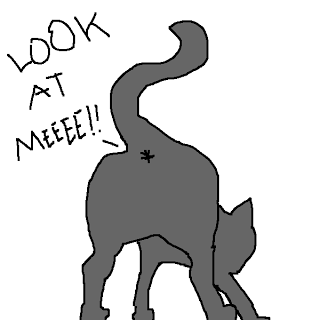 Lately I’ve taken up a new hobby, and it would take just a single click into my browser history to uncover it. I’ve developed a serious, unhealthy, fascination with cat behavior.

Not because I’m going to be the Cat Whisperer 2.0 when some cat from Hell finally gauges the poor dude’s eyes out, but because I’ve made it my mission to analyze the dark crypt that is the brain of my boyfriend’s feline*.

*For the sake of anonymity, let’s call him the Cat.

I am quite positive this is who’s actually operating that lil pea brain of his.

But until I can build my case, I have decided that continuing to decode my beau’s fur baby is my best move. This research has been totally fruitless and completely covered in cat fur.

To his defense, the Cat is a nice-enough rescue cat who is probably weighed down by some baggage, understandably, from his days being Straight Out of Compton (or at least straight out of Potrero Hill). Feeling genuinely sorry for him for being born a cat, for a while I tried to befriend him– I really did. But I’ve come to learn that a cat does what a cat does, which includes, but is not limited to:

…and although I’ve been assured many times that it’s “nothing personal” I’m convinced this thing has masterminded a scheme to suck the sleep and soul out of me, Death Eater style. Par exemple, one of the first memorable nights (and nearly every one afterward) that I spent at my man’s pad went something like this:

12a: I kicked off bedtime feeling snug as a bug in a rug, making mental note that this guy must be some kind of mac daddy to be sleeping on a cloud in lieu of a mattress.

3:30a: My deep REM was sharply interrupted as a cinder block, or something, violently slammed against the door. 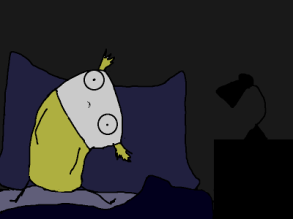 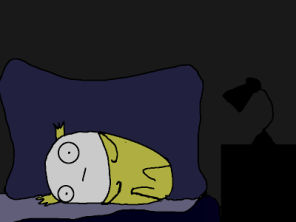 3:30a: The door continued to reverberate in an aftershock of trauma well after the thrashing came to a final thud, and after seconds of lingering silence, a “click, clack, click, clack” slinked its way across the wood floorboards. Surely, Black Phillip was click-clackin’ over my way to drag me to Hell.

Cloaked by the darkness of the room, a black mass hopped onto the foot of the bed and strutted slowly up the length of my blanketed body, making its way toward the headboard (this is the shit nightmares are written about– M Night Shyamalan you best be takin’ some notes). Ragged and distinctively asthmatic breaths assaulted the back of my head, and deciding to meet my tormentor, I turned over to, 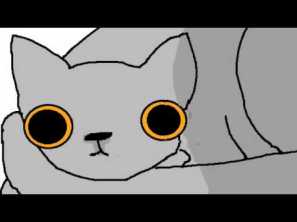 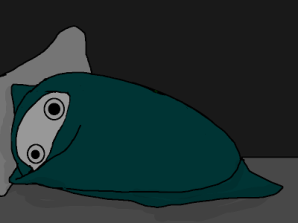 I flipped over faster than sizzling bacon, hoping the night-creature would forget all about me so long as I remained stiffer than a board and lighter than a goddamn feather. Eventually, my own neurosis rocked me back to sleep, where the screeches of my cat-filled nightmares drowned out the Cat’s IRL purring (which actually sounds nothing like “purr”, by the way, but exactly like Speed 2 of a Kitchen Aid stand-mixer. Purring, however, does not result in delicious brownies.) 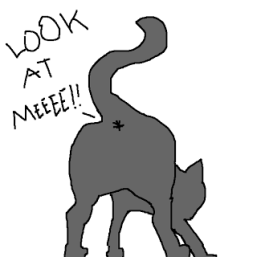 (I can tell that we are gonna be friends, Cat.)

The Cat has made its way over my head to the other side of the bed– the side that smells like the hand that dispenses the Meow Mix. 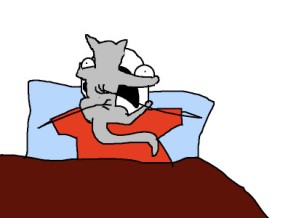 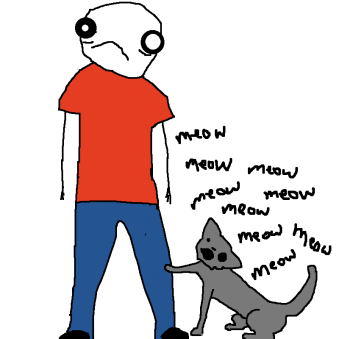 And that’s the real story about why cats are not, in fact, the cat’s meow.

Also, thank you Allie Brosh for your magical, dead-on illustrations. You are a Queen and also a mind reader.